At Conshohocken Elementary School (CE), second and third graders stayed after school two days a week for four weeks to play with Legos — and show off their computer programming skills in the process.

The students were part of the school’s Lego Robotics Club, where children partnered with classmates to create different projects and write code to make their robots move.

“My favorite thing is that you get to build,” said CE student Ahmyra Rouse. “You can build whatever you want, like the giant, the airplane or the submarine.”

“One of my favorite parts is that you get to do it with your friends,” added CE student Brady Fox. “You get to stay at school for another hour and play with Legos.”

Because they have the experience of more complex robotics and programming lessons in their weekly technology classes, the students were able to quickly grasp how the Lego robots worked, troubleshoot and successfully program them. In fact, on the first day of the club, Brady and his partner, Leo Ouellette, finished their build with enough time to teach themselves — and later the rest of the children in the club — the coding part. 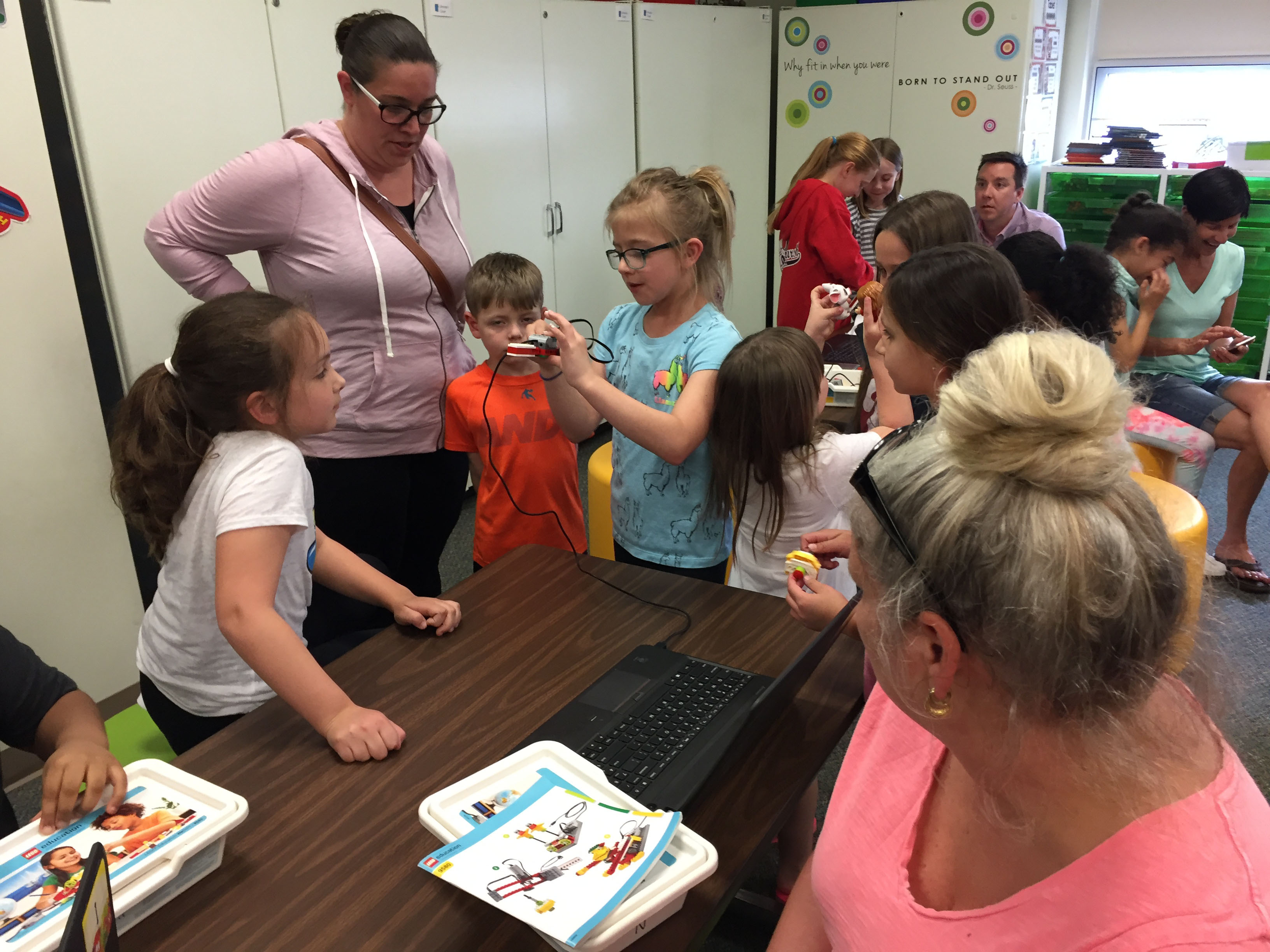 “It allowed the kids to have the opportunity to take what they learned in technology class and then bring it all together,” said Nina Pratowski, CE’s Technology Specialist. “So they’re following the instructions to create their own robot, then going through the steps to program it using code, and then, if things don’t work right away, they’re going back through the process and fixing any mistakes that may have occurred — just like a true engineer would.”

Thirty-nine student participated, and many of their parents came early on the last day to learn about how the robots work and see why the children were so excited about the club.

“It’s just cool, because they get a chance to tap into their creativity and problem-solving skills, while doing something fun that they enjoy,” said Leo’s father, Kevin Ouellette.

With the successful run of the Lego Robotics Club this year, CE is already planning a similar program for the future.