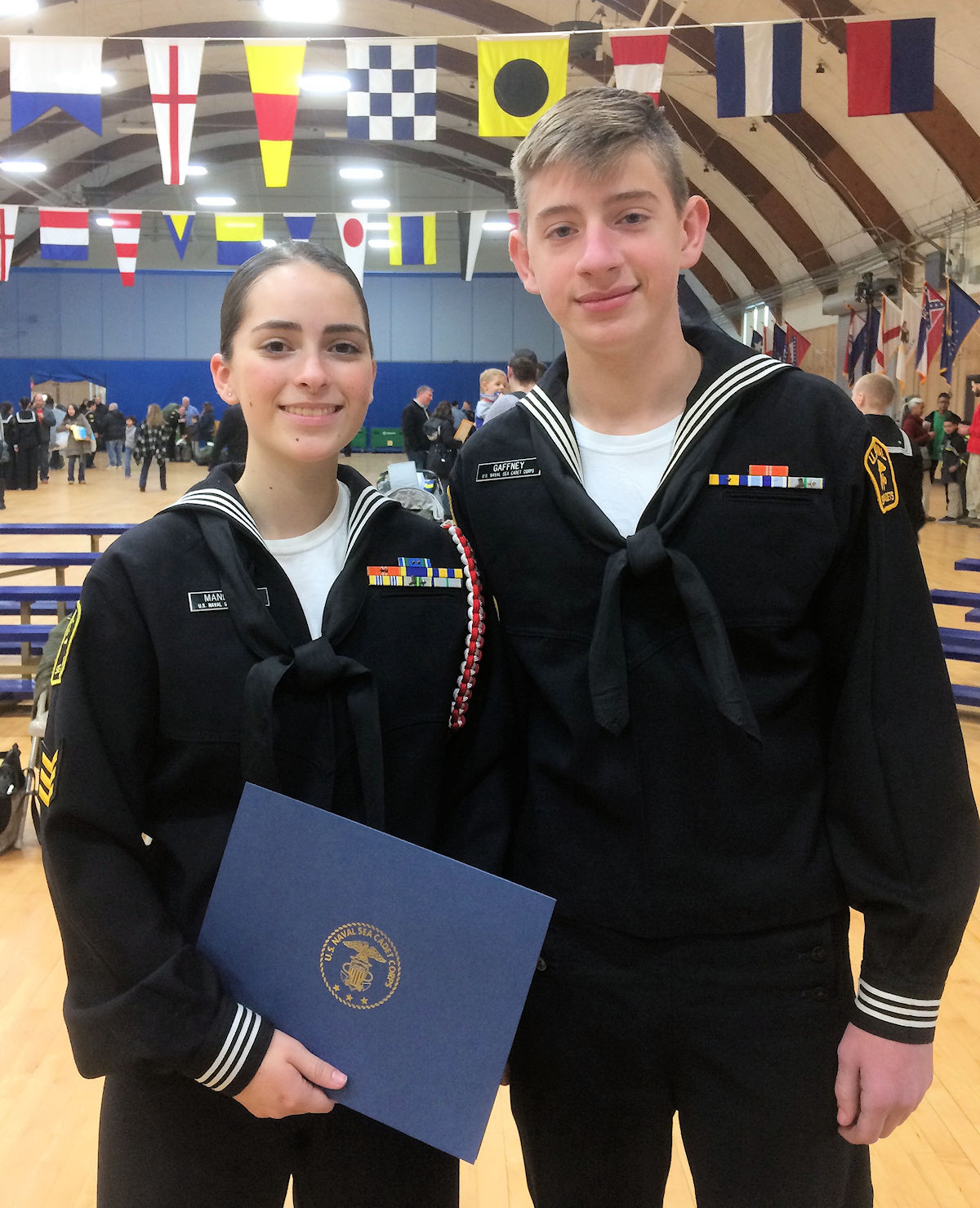 Held at Naval Station Newport in Newport, RI, POLA is an advanced training opportunity designed for Sea Cadets who are rising leaders within the USNSCC. The POLA course is academically intense, requires regular participation in lectures and small group discussions, significant reading and is both reflective and theory based.

Manley, a Distinguished Honor Roll student, received two challenge coins for distinguished work during training. She was also selected as the Battalion Honor Graduate from among the more than 130 cadets from over 20 states who attended the training.

Gaffney is in his first year in the USNSCC. He has earned ribbons for academic achievement, marksmanship and physical fitness.

The USNSCC is the only federally-sponsored nationwide youth association within the U.S. Department of Defense. It has also been designated by the United States Coast Guard as their primary youth program. One weekend a month Manley and Gaffney train at the Coast Guard Training Center in Philadelphia.