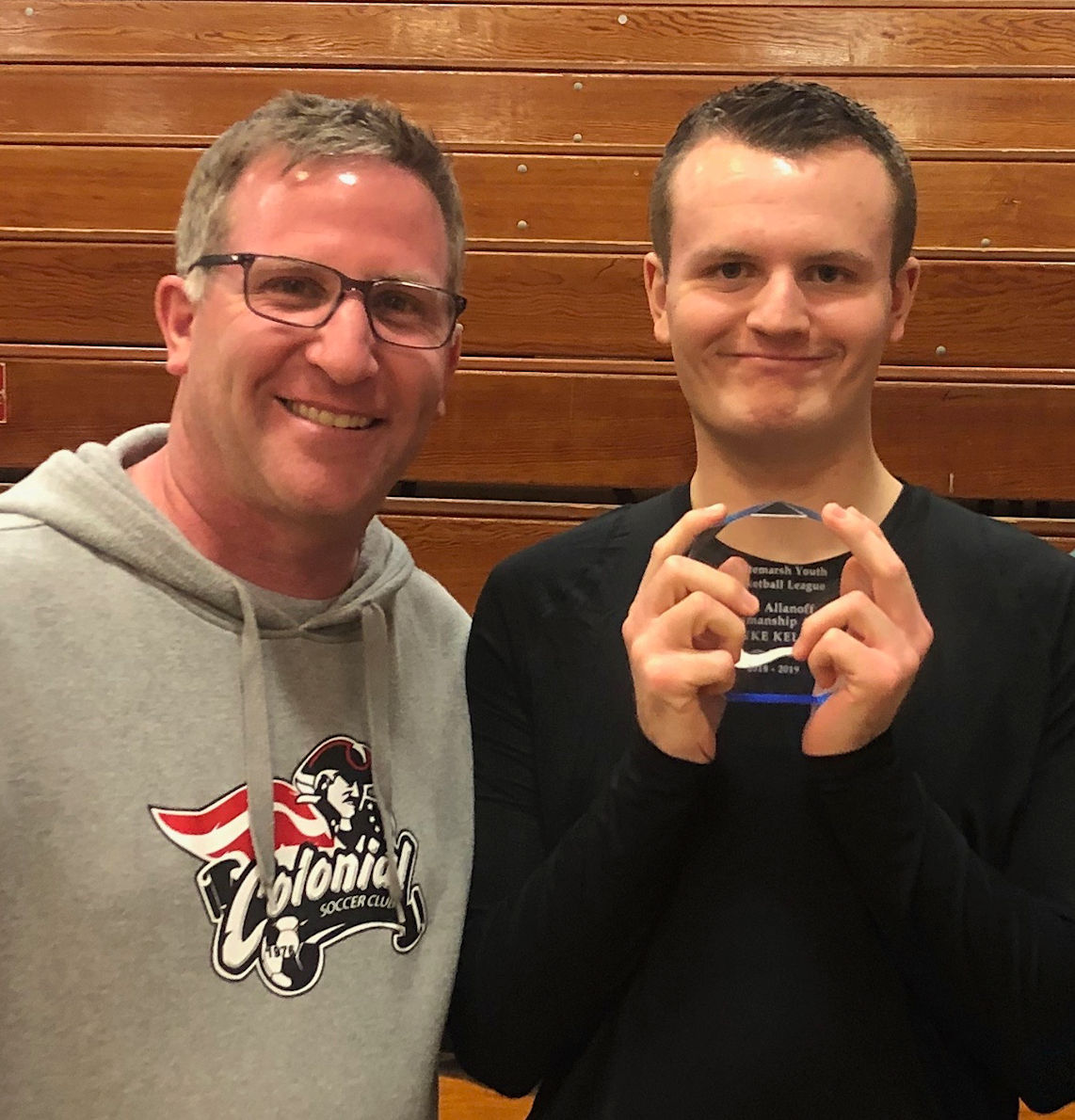 Plymouth Whitemarsh High School (PWHS) senior Luke Kelly recently won the Daniel Allanoff Sportsmanship Award from Whitemarsh Youth Basketball after a unanimous vote by all 10 coaches. The annual award is presented to the one player who demonstrates good sportsmanship both on and off of the court.

"Luke is an ambassador for the league," said Daniel Jeck, one of the league's two commissioners. "He is loved by all the players and coaches. After games, he would double check with his coach to see who won and who lost because winning was an afterthought. He played because he loved to play and more importantly because he loved to be with his peers working towards a common goal.

"His enthusiasm was infectious," continued Jeck. "When Luke would score, which was often, the crowd would erupt. He's been a special player in our league for years and a most worthy recipient of this award."

The Daniel Allanoff award is presented in memory of the late Mr. Allanoff, a former Whitemarsh Youth Basketball Coach who passed away after a long battle with Leukemia.