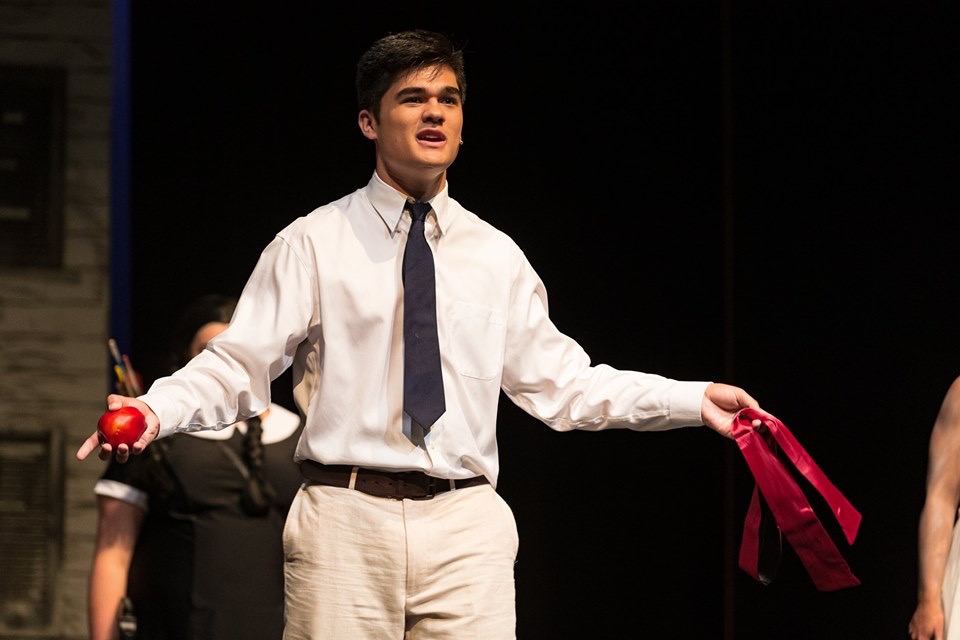 "I love doing theater, because it's so fun to be able to go on stage and be someone else," said Colin.

In The Addams Family, Colin played opposite fellow PWHS thespian Katie Smith, who was also nominated for her role as Wednesday Addams. He's also performed community theater with The Dramateurs at The Barn Playhouse.

At PWHS, Colin is an active member of the Colonial Players. During his freshman year, he was nominated for Best Male Vocalist for the 2017 Greater Philadelphia Cappies Awards for his role of Collins in Rent. For the past two years, he won the Best Supporting Actor Award from the Philadelphia Independence Awards for High School Theater for roles in The Theory of Relativity and Legally Blonde.

"I've always loved the idea of being able to entertain people and give them an escape," said Colin. "Life can be so hectic, and when people go see a show you can have that two hours just to escape from the troubles of life."

Colin is currently auditioning for college musical theater programs and preparing for his role as Nino Quincampoix in the Colonial Players' performance of Amélie.