Previous Page
Update: Congratulations to PWHS Cheerleaders on being named fifth in nation

Update: Congratulations to the PWHS Cheerleaders for being named fifth in the nation for Traditional Cheer! 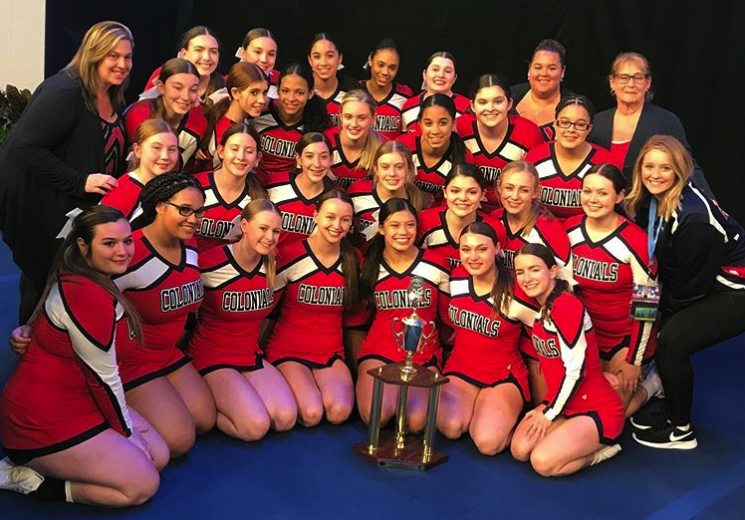 With first place wins at regional competitions and a sixth place finish at the Pennsylvania state championships, the team qualified for the national competition in two categories: Game Day and Traditional Cheer.

The cheerleading season is the longest of any sport, covering both football and basketball seasons while preparing for their own competitions. As a result, the audience for the send-off included several athletes from other teams.

"They come to our games and show their support, and we just thought it was natural to come show our support back to them," said PWHS Senior Christopher Pierce, a member of the football team.

In addition to performing their routines at Wednesday's event, the PWHS Cheerleaders also got a special video message from Jerry Harris, a Navarro College cheerleader from the Netflix documentary series "Cheer." He suggested that they "practice how they're going to perform and perform how they practice" and encouraged the girls to leave it all on the mat.

"I'm looking forward to being with my team and getting that one last hit on the floor. That feeling, after you get off the floor and hit, is something that you can't replace," said PWHS Senior Daisy Micarsos. "I love my team; it's like a family."

"I love watching their faces before going on. The adrenaline is pumping through their body. They know what they're doing," said Head Coach Debbie "Mrs. T" Tornetta. "We're proud of them at this point, no matter what. I feel like they're already winners, because we've accomplished the goal of getting there."