At an after school party in January, Plymouth Whitemarsh High School (PWHS) Best Buddies wove recycled plastic bags into mats for area homeless people in a project coordinated by the William Jeanes Memorial Library and a new organization called Integrate for Good. 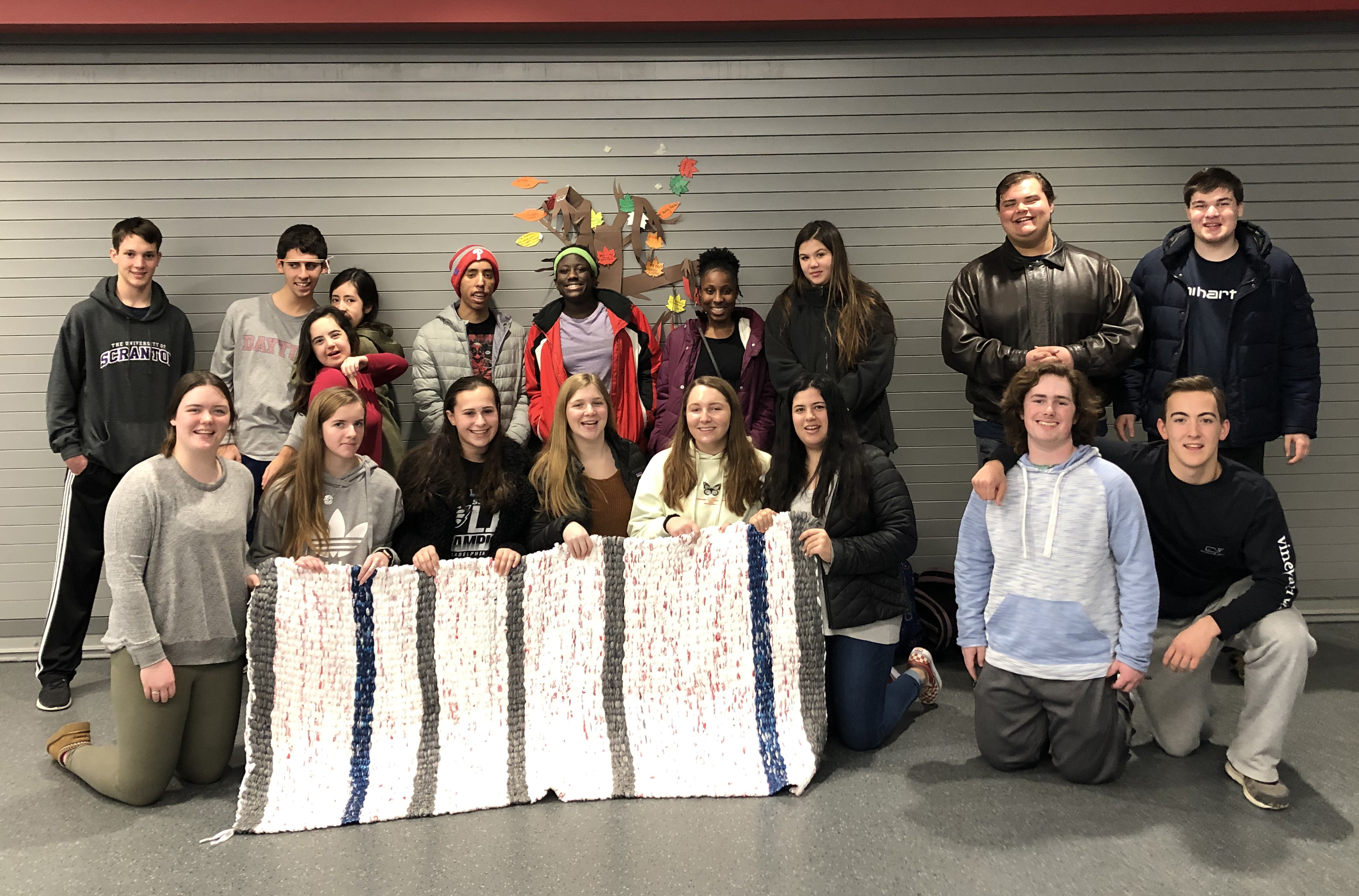 "They can be used as sleeping mats, carriers, pillows, shelter from rain and snow," said Clancy Lynch, a sophomore at PWHS and member of Best Buddies. "It's for the people that really don't have anything."

Best Buddies is a national organization that offers social and leadership opportunities for students with intellectual and developmental disabilities (IDD) and is open to students with and without IDD. At PWHS, these friendships were the driving force behind the success of the sleeping mat project.

"My favorite part was hanging out with all my friends," said David Saft, Buddy Director and Ambassador for the club.

"It was very fun and interactive, and everyone was very close to each other. People were making headbands out of the strips we couldn't use, and we were joking around and having fun," added Clancy. "It's a little family we have."

Each mat uses hundreds of plastic bags, and during the event, the group was able to weave three full mats and part of a fourth.

"I was surprised that some of our kids were able to sustain their attention for that long while weaving on the loom," said Best Buddies adviser Peggy Wisniewski. "It really seemed to calm them. That was nice to see." 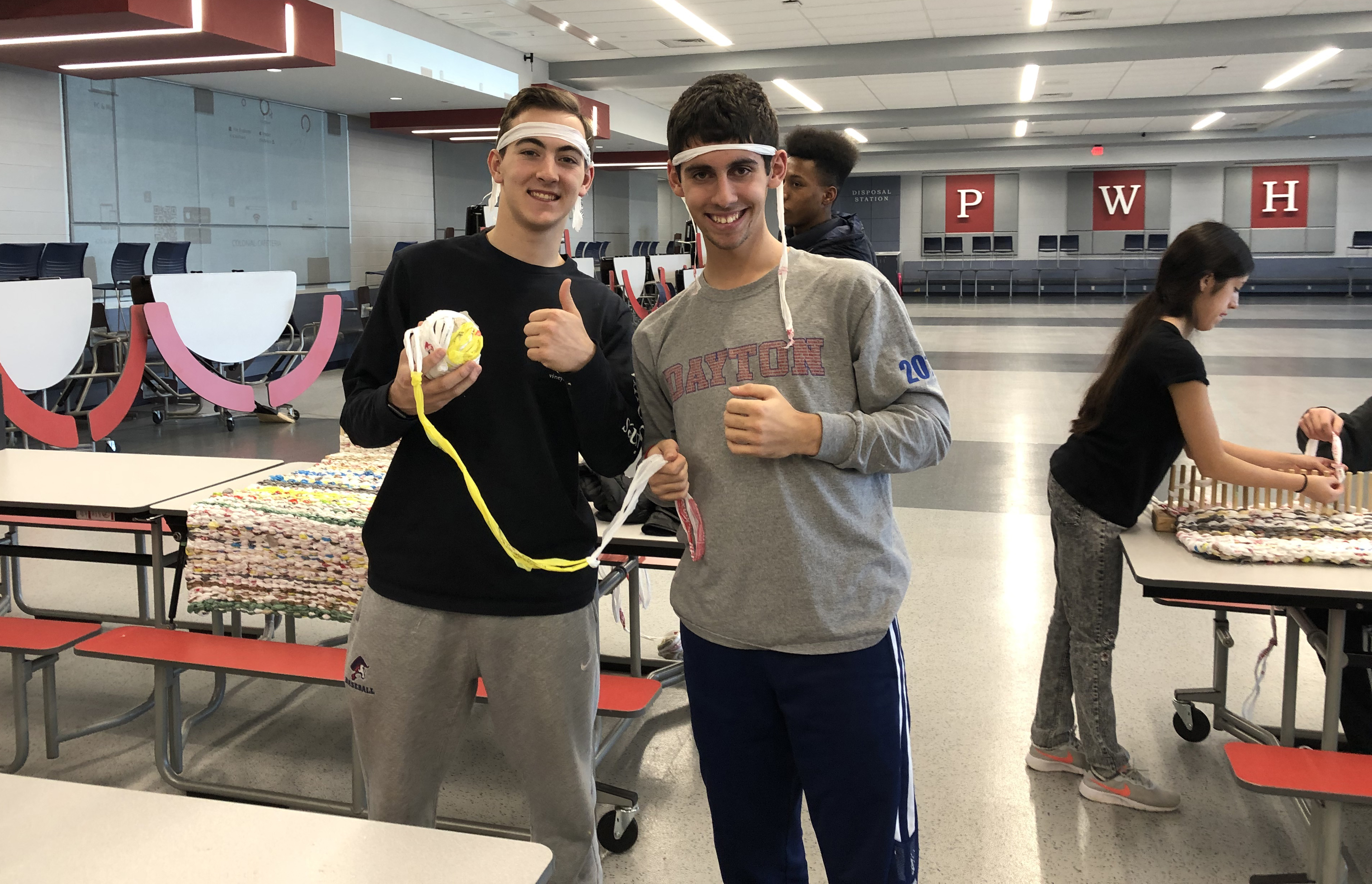 "Integrate for Good really wanted to focus on people with disabilities who are too often seen as recipients of service from other people. The sleeping mat project is one way the community can see them as as providers of service as well," said Integrate for Good representative Beverly Weinberg. "It really affords the opportunity for people of all abilities to do a piece of it and be part of a team."

In February, all of the completed mats will be given to the organization Angels In Motion, as well as various police departments, to distribute to homeless people in the region.

"It's all about connections and getting everybody with different abilities to do good for the community," said Deborah Moore, Operations and Public Relations Manager for the William Jeanes Memorial Library. "It's a win-win for everybody. We get the bags out of the environment. We have people working side-by-side. We're helping the homeless population. It's an amazing project."

The William Jeanes Memorial Library will be back in February with their karaoke machine in tow to join PWHS Best Buddies for their monthly party.