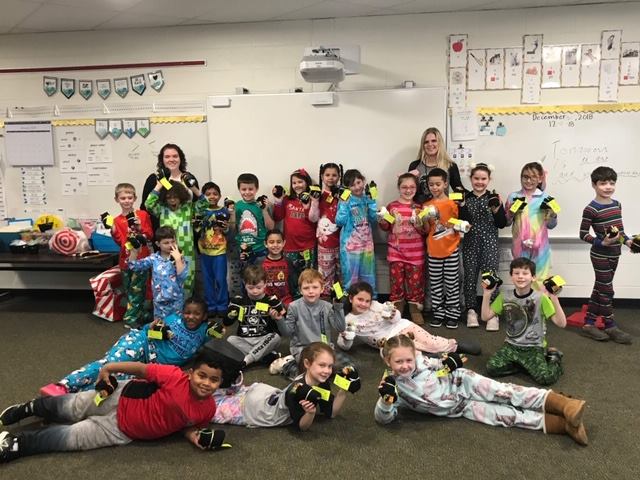 "I like to help people out," said Ella Gidaro, second grade student. "Helping the homeless really lifted my spirits."

One of the most popular items that homeless people request is socks. A sock roll is a pair of men's athletic socks that rolled together with a granola bar and pack of crackers and finished off with a ribbon and tag from a student. Each student in the class made two rolls.

"The idea of 'homeless' was not something we had necessarily talked about in the past, and some of the kids were aware and other kids were not," said Mrs. Weidamoyer. "I think realizing that something like socks, an item that you don't really think about needing or wanting, is something that the homeless people really wanted made a big impact on the students."

The MLK Challenge is a project by a local nonprofit organization called The Giving Tree. Since the group's founding in 2009, The Giving Tree has distributed more than 23,000 sock rolls to the homeless.

"When you're helping people, it just makes you feel good inside," said second grader Alex Turzi.

The class completed the project during the winter holiday party and hopes that next year the MLK Day Challenge will spread to the rest of the building.