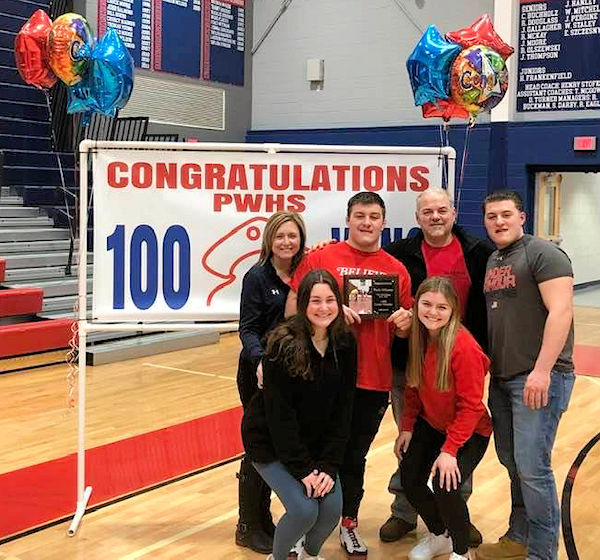 Plymouth Whitemarsh High School (PWHS) senior Paul DiSanto became the 16th wrestler in school history to record his 100th career win with a 14-1 win over Upper Moreland's Sean Fagan on January 29. DiSanto was also the Colonials ASICS Wrestler of the Match in the 43-21 dual meet win.

DiSanto's 100th win came as a heavyweight although he has wrestled at 220-pounds this season. Upper Moreland did not have a wrestler in that weight class, so DiSanto moved up to heavyweight for the match. He is now 23-0 with 12 pins on the season and is the number one ranked 220-pound wrestler in District 1 according to PA-Wrestling.com.

DiSanto is now 100-28 for his career with 58 of his wins coming by pin. He'll look for win number 101 when the Colonials wrestle at Upper Dublin on February 3. PWHS will host Wissahickon on February 5 and Norristown on Feb. 12 before taking part in the District 1 AAA South Section Tournament at Interboro High School on Feb. 21. 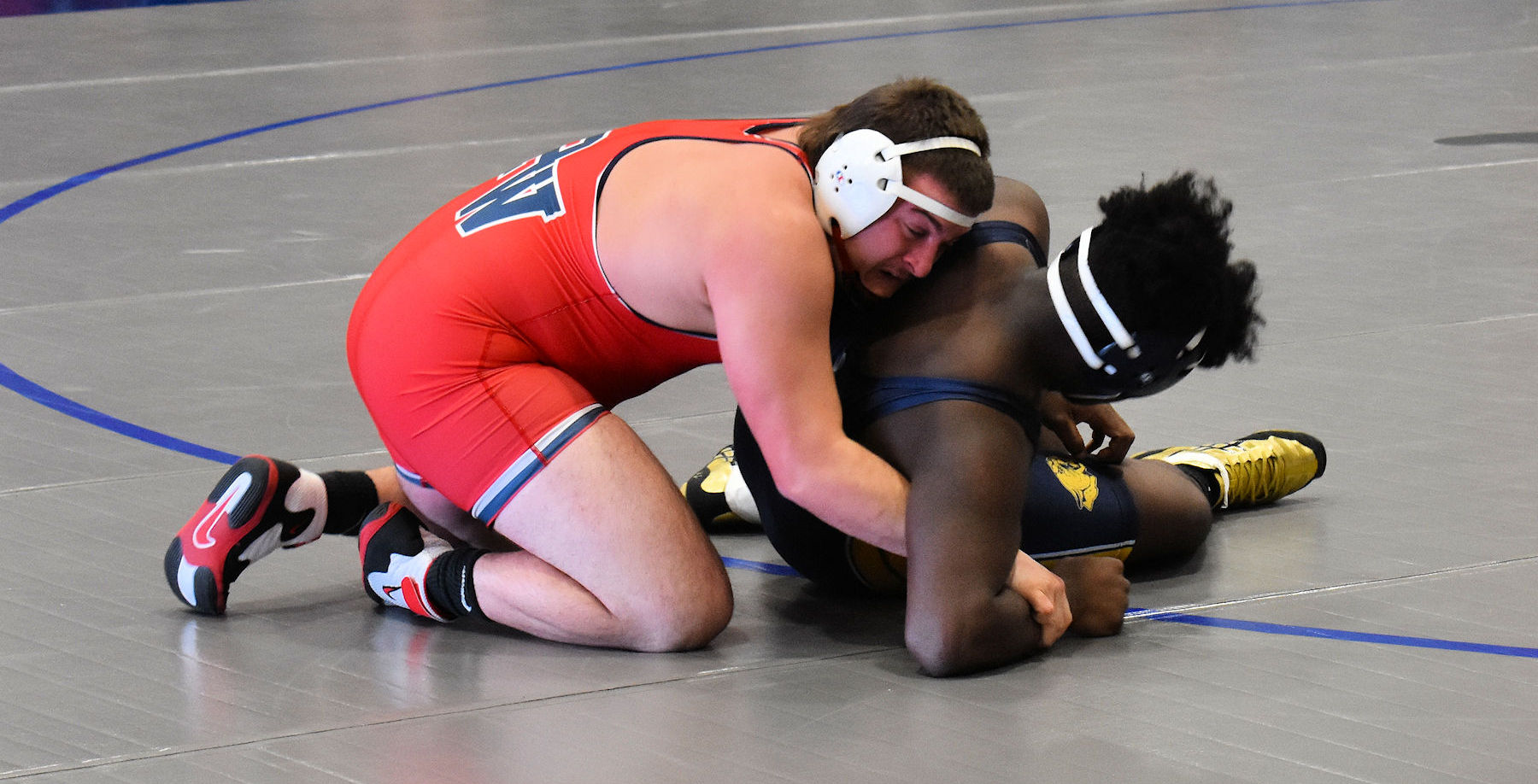