On Sunday, June 7, Conshohocken Elementary School (CE) Second Grade Teacher Courtland Jackson was part of a team of Plymouth Whitemarsh High School alumni who led the Black Out X Ride Out bike ride from Washington Street in Conshohocken to the Philadelphia Art Museum and back. The other ride organizers included Christopher Jackson, Jamel Major and Anthony Scott.

"The event started when my friends and I decided to open up our weekly bike ride with the purpose of the uniting one another and educating how African Americans and People of Color live their daily lives in America," said Mr. Jackson.

More than 100 cyclists participated in the event, including neighbors, friends and members of the Conshohocken Elementary family.

"It's so exciting to see these friends, who grew up in Conshohocken, putting together such an awesome event for the community," said CE Teacher Michelle Gilbert, who also rode in the Black Out X Ride Out along with Guidance Counselor Elyse Johnson and Instructional Aide Stacey Baker.

The first stop was at Chloe's Ice Cream Shop in Manayunk. From there, the riders crossed the bridge and took MLK Boulevard to the Philadelphia Art Museum. There, they kneeled for eight minutes and 46 seconds in honor of George Floyd and heard from Mr. Jackson's brother, Christopher Jackson, who is a middle school guidance counselor in the Upper Perkiomen School District.

Back in Conshohocken, Courtland Jackson addressed the crowd with the following speech, which is titled Not Every Fire is Bad...Let it Burn:

When people think of fire, the thought of campfires or the burning down of a home may come to mind. Fire is unique in its ability to make you feel a sense of warmth or fear.

When fire comes, do not be fearful, because joy comes in the morning.  A forest fire, according to National Geographic, when controlled, is able to rejuvenate the land. It returns nutrients to the soil in the ashes of vegetation that could otherwise take years to decompose. And after that fire, the additional sunlight and open space in a forest, that has been stripped clean, can bring about a difference, something new — fresh, rejuvenated land for the new growth, to help young trees and other plants start to grow.

So I say today, let it burn:

In order for change to happen, we must be the change; we are the change.

In addition to bringing the community together, the Black Out X Ride Out bike ride raised more than $11,600 for The Bail Project, and several local businesses donated refreshments for the riders. 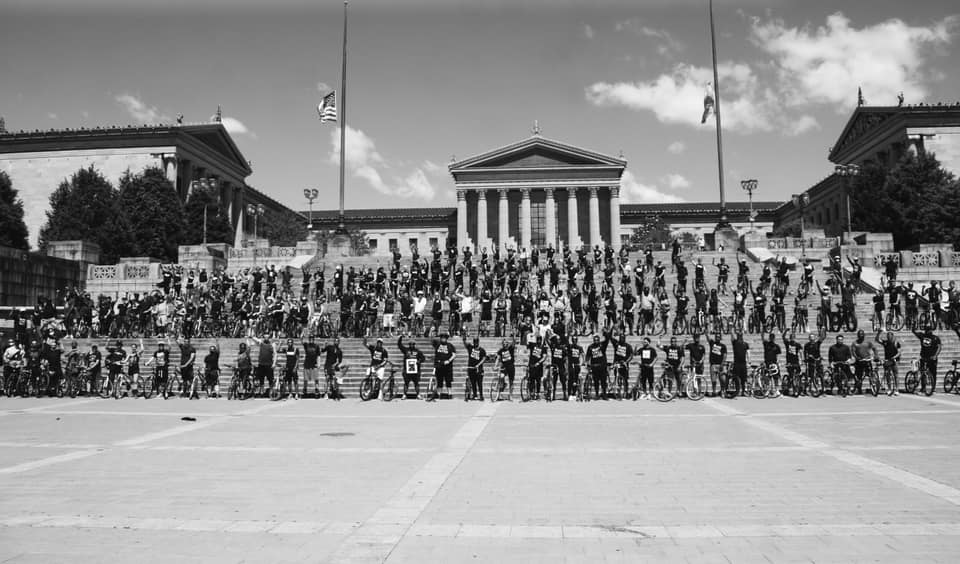