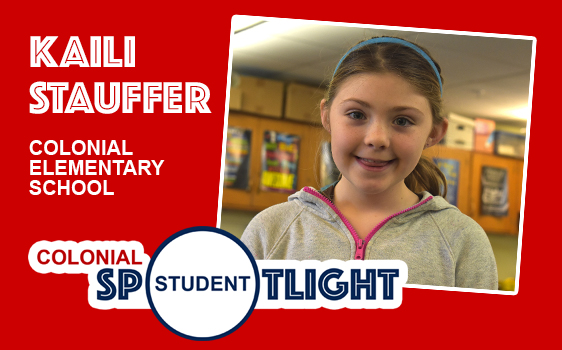 "We set up a GoFundMe webpage and asked people to make donations," she said. "And, I made a video with someone who works at the Colonial Neighborhood council (Executive Director Sandi Fryer), but we had to take it down."

Despite not being able to use the video, Kaili's efforts helped collect more than $1,000 which translated into a little more than 250 boxes of cookies. Kaili and her troop members delivered the bounty to the CNC the last weekend in March.

"Kaili is a gifted student and a really good kid," said Mr. Wimmer.

Kaili's effort also coincided with the annual CES collection of food for the CNC. One month each year, each Colonial school is designated as the collection point for CNC food drive donations.