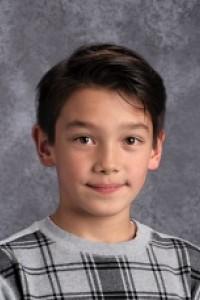 When Willie learned about the program he began climbing all over his house. His mother then took him to a ninja gym so he could learn to climb the right way. Willie was selected for the new program after submitting a video that provided background information on him and showed him in action at the gym. He traveled to Los Angeles last summer and was one of more than five dozen to compete in the 9-10 year-old-age group portion of the program.

Appearing as "Willie from Philly," Willie's episode will air on the Universal Kids network on Saturday, November 3 at 7 p.m. The program can be seen in the Plymouth Meeting area on Comcast/Xfinity channel 128 or 1505, Verizon FiOS channel 263, Direct TV channel 295, or Hulu Live, Sling TV, Play Station Vue, YouTube TV and more.

Click here to read a Philly.com article about Willie.